What is novel food regulation, and how will it affect businesses and consumers?

Exporting and importing of food products is not as simple as most people imagine, as there are many regulations. Almost any food item imported to a particular country poses a certain level of threat to its bio-security. Due to varying food habits, some of the imported food products may not be good for the local population.

One may divide plant-based food products into two groups. Food items that are frequently consumed in various cultures – and thus can be regarded as safe for most people – like rice, apple, and so on. On the other hand, there are food items that people do not consume traditionally in many parts of the world – for example, Wasabi or even CBD.

Regulation of food items for bio-security of the country

Even when everyday food items like grains are traded, they have to undergo various certifications to ensure that they do not pose a threat to the importing nation.

There is no doubt that items like rice or wheat pose little health threat. However, these grains may contain pests, seeds of other plants, and so on. Thus, even the simplest of food items have to go through numerous certifications to ensure safety.

The regulation of imported and exported goods will vary depending both on the country of origin and final export destination. For example, grains exported from France to Belgium may not pose much threat to Belgium due to geographical similarities in the nations. However, if the same grain is exported to Australia, it will go through more severe certifications and quality checks.

Now imagine import and export of food items that are not commonly consumed by the local population. In such a case the threat is even broader. Japanese people have consumed Wasabi for centuries, but the same is not true for other populations, such as Australians, Brazilians, or French people. Thus, there is a need for further studies to ensure that it will not harm the health of local people.

What is the Novel Food regulation?

On the whole, the EU, USA, Australia, and some Asian nations, including Japan and South Korea, are regarded as highly regulated markets. This means that they have more stringent regulations and higher quality standards when compared to developing countries.

Novel Food as per the EU is any food item that was not consumed in significant amounts before 15 May 1997.  It could be newer food products not generally grown or harvested in the EU – such as Antarctic Krill oil – or food items that were consumed earlier but are now processed in a new way, like UV-treated food items.

If food is classified as a novel food, it must go through the prolonged approval process before marketing. Usually, health agencies give this approval after going through substantial scientific data provided by the manufacturer.

These regulations are not just limited to the EU. Novel food has a similar system in the UK, where the Food Standards Agency (FSA) is the responsible regulating body.

The EU maintains a huge online catalogue of food products where anyone can check whether the given product is a novel food or not, and regulatory requirements for bringing the items to EU.

In the USA the approach is slightly different, though the purpose of regulations is the same. Thus, in the USA, food items are recognised as either GRAS (Generally Regarded As Safe) or non-GRAS. For the food item to be on the GRAS list, it must fulfill certain requirements. Non-GRAS products must get prior approval from the USA FDA.

It is also essential to understand that the Novel Food and GRAS lists are dynamic and change from time to time, due to both changing food processing technologies and also emerging research.

One such example of changing regulations is regarding the import and export of CBD. CBD was earlier accepted as a safe and known product. However, due to an increase in the number of suppliers and different ways of processing the EU and UK now classify it as Novel Food.

How will it affect business and consumers?

Higher regulations have their pros and cons.

From a business point of view, it means creating a huge dossier and undertaking a lot of scientific work before even applying for approval. The gathering of this data (regarding safety and benefits of food item) cost a lot to manufacturers, and some smaller manufacturers may struggle.

Pre-marketing approval is also a time-consuming process. Whilst the time needed varies according to country, it usually takes more than a year. It becomes a big hurdle for introducing newer formulations of food products at a faster pace.

On the better side, it means that only companies with proper quality controls and specific expertise remain in business. It also means less competition and companies can therefore get a higher price for their products.

For consumers also there are pros and cons of such a regulation. On the positive side, it means that only the right quality products remain available. Novel Food products go through more stringent lab checks for safety and quality. It means less hassle in choosing the products, and i. Information on the pack is would be trustworthy. It also means that more scientific and reliable trustable information will be available for that particular product.

On the downside for consumers, higher regulations may mean less choice. There is also an increase in the price of the products since as manufacturers need to recover the regulatory costs.

Higher regulations also slow down the innovation to a degree, since as introducing new combinations or products processed in new ways would require to go through such a complex pre-marketing approval process. Small or individual innovators are not able to handle the regulatory requirements, and thus only large players remain in the business.

To conclude, Novel Food regulation has its pros and cons. It usually means the availability of better and well-tested products in the market. However, it also means increased costs and fewer choices for consumers. 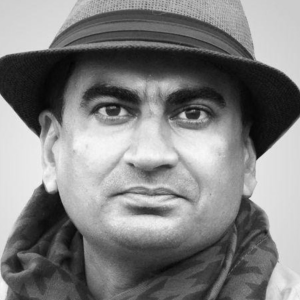